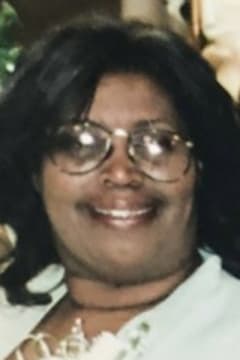 On Saturday, February 29th, 2020, the Lord saw a need to take another soul to a better place. He lovingly sent His angels to seal the lips of our beloved Henrietta Brooks. Her soul winged its flight from this world of sin, sorrow, and pain to eternal rest.

Henrietta Brooks was born on December 12th, 1946 in Pineville, Louisiana. God made the perfect decision to allow Henry L. and Greather Brooks to continue their legacy by bringing forth a life that would provide love and joy to so many. She was the second born of three children. She accepted Christ at an early age and was baptized at Second Union Baptist Church.

She received her early education in Avoyelles Parish and graduated high school from George Washington Carver High School Class of 1964. She furthered her education by attending Grambling State University in 1965. She worked as a dedicated caregiver at the Pinecrest State School in Pineville, Louisiana where she retired after 30 years of dedicated service.

Henrietta got her caring and loving ways from her mother. She helped to care for her Mother until she became ill. Her concern was never about herself, it was always others. When the subject of leaving Louisiana came up at the beginning of her illness, she would not hear of leaving her mother. Their love was so strong that Henrietta departed this life four days after her Mother.

Henrietta was preceded in death by her parents, Henry L. and Greather C. Brooks; her beloved sister, Audrey Faye Brooks and her nephew, Sheldon Brooks.

Her physical life may have ended, but her eternal life begins now. The divined mandate for Henrietta’s life has been fulfilled. Her life is complete, but the remainder of her book is now being written through the lives of her child and grandchildren. Her legacy lives on. Her smile will forever be seen and remembered. Her story is not over, it is just beginning.