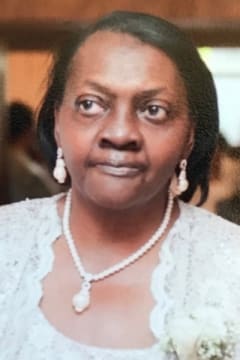 Jean Evelyn Robinson was born to Sarah Burks Robinson and Henry Robinson on November 20, 1951. She was baptized at an early age by the late Roosevelt Johnson at Second St. Paul Baptist Church of Bunkie, LA. Later she united with Salem Baptist Church under the leadership of Re. James L. Sampson.

She was a mother to many, always willing to help. She was caring, compassionate, and loving. She worked for several years for Chuck and Melinda Descant and Gerard and Carla Moreau along with several other families. She worked at First Baptist Church Daycare Center. Her service extended to Salem where she served faithfully as head of the Kitchen Committee. Jean served wherever she was needed to God’s call until her health failed.