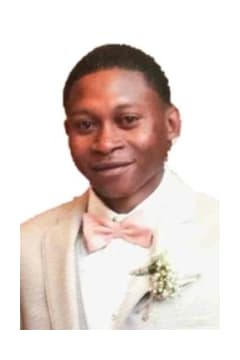 Johnathan “Pop” Robinson was born on December 11, 1981 to Doris A. Robinson and the late Allen Jackson. Later in life, he was reared by his step father, Kenneth Keys until his passing.

He accepted Christ at an early age and was baptized by the late Reverend James L. Sampson at Salem Baptist Church in Bunkie, Louisiana.

He graduated for Bunkie High School in 2001. Upon completing high school, he attended Camelot Community College in Baton Rouge, Louisiana where he enhanced his skills in the art of hair cutting.

He started cutting hair at the age of 14 years old and was known as “the neighborhood barber”. When his customers could not come to him, he would pack up his clippers and go to their homes to ensure they had their fresh cut that only “Pop” could give. He had a very loving, caring and kind spirit.

Johnathan relocated to Houston, Texas and was employed with Sprint Cellular Communications. Upon his move back to Bunkie, he returned to cutting hair. He was an excellent barber with a large clientele from toddlers to senior citizens. Everyone loved for him to cut their hair --- “No one could do it like Pop” became a well-known phrase to all.