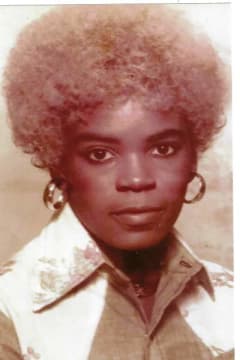 Laura Jean St. Romain Christian was born in Pineville, LA on May 12, 1957. Laura was baptized at an early age at Saint Christopher Catholic Church by Father Joseph A. Paga. Laura was preceded in death by her father, Joseph St. Romain and her sister, Mary Nell St. Romain.

Laura graduated from Bunkie High School Class of 1976. Laura enjoyed cooking and became a restaurant manager at different locations, then later started working as a seamstress at O’Leary Bros. Signs & Awnings where she became Lead Supervisor over the Sewing Department. She retired in 1992.

Laura married Harry Christian, Jr on May 10, 1980. To this union two children were born.