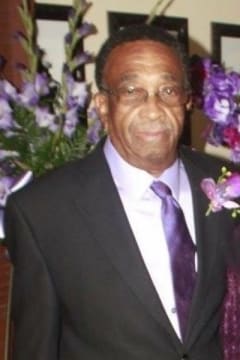 Christianity does not exempt one from death, it only insures triumph over death. Moses died, Paul died, Jesus died, and all must die. There is no other way on entrance into our heavenly Father’s house. Soon all will be over with all that are here. Consider your state before God. There is not far from all of us that hidden certainty of death. There are some of us within a hand’s breath of the grave and yet it doth not appear who it is because we were all so shocked when we heard that Lawrence Holts passed away. Although we knew he was not well, his ambition kept his real condition hidden from us; but our Lord knew and in his own time He relieved him of all his earthly woes. The sudden and what we call untimely death of those who are prepared to go may be regarded as a relief and a blessing to them.

He never refused to help any worthy cause, but would never forget his church. He would say, “We all can share in getting things done, but I will do whatever I need to do for my church.” It seemed that his church and its welfare was always on his mind, and like David, he was always glad when they said, “Let us go into the house of the Lord”.

Lawrence Holts Sr. accepted Christ at an early age. He was an active member of Trinity United Methodist Church, where he served as an Usher, and devoted member until his passing. Lawrence was a community man, he loved to help all in the community.

After graduating from George Washington Carver High School, he attended T. H. Harris trade school where he graduated as a Carpenter. He worked as a Trackman with Union Pacific Railroad for 24 years until he retired in 2005.